A long time ago, in a far away country where I grew up, I experienced my first infatuation with motorised 2 wheelers (and with other things   ;-)   ).

Some of my 2 wheelers during pre-historic times:

Current history started in 2002, I accidentally got back into motorbiking (after ~15 yrs abstinence).

We had moved from walking distance to the city to a suburb 10 km south. It all started with not enjoying the pushbike ride to work along a fairly busy coastal highway. Also not enjoying sitting  in a bus with loads of people. 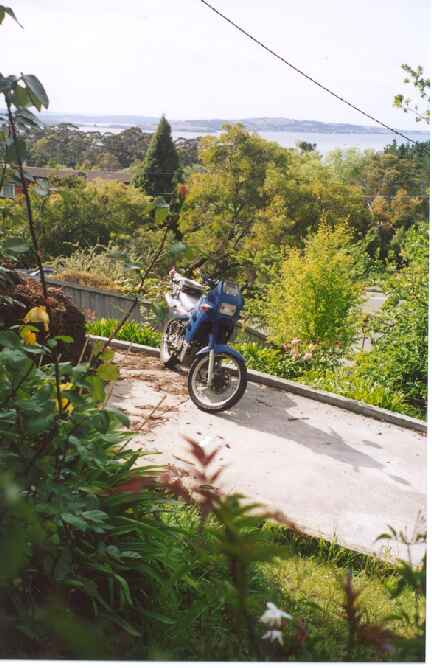 The Tengai in a bushcamp above Freycinet National Park's Whitewater Wall. 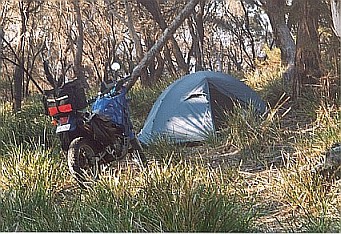 The Tengai didn't last all that long coz Susanne got a longing look in her eyes when gazing at the bike.

She suggested that I could buy her a helmet, I explained to her how to find a bike shop   ;-)   .

One ride on the Tengai and she thought going camping touring could be a good thing.

That would have been too much 2up for the Tengai. Enter 'The Mule', a brand-spanking-new Yamaha XJ900S '03.

Susanne, Andreas & The Mule for lunch in Cygnet (Tasmania). 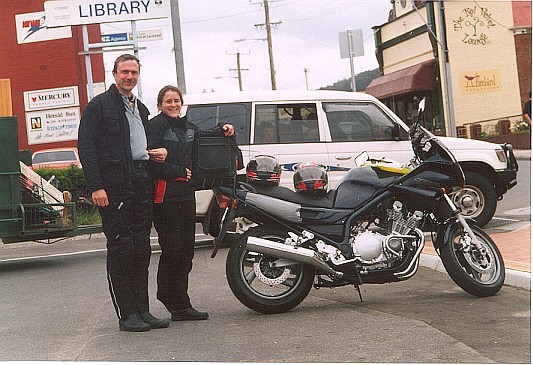 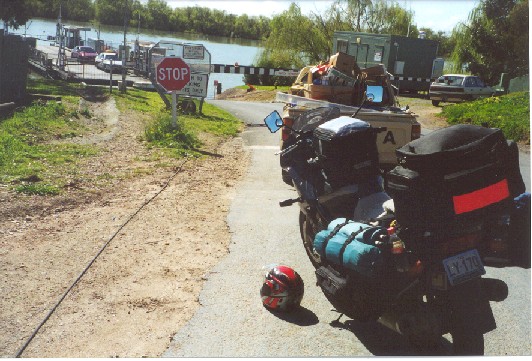 It took only that one camping trip and Susanne decided to become a motorcyclist herself.  She got herself a Honda CB250 for a short while, then we traded the Mule in for 2 Suzuki GS500s.

His & hers at Granville Harbour, touring the Tasmanian Western Explorer. 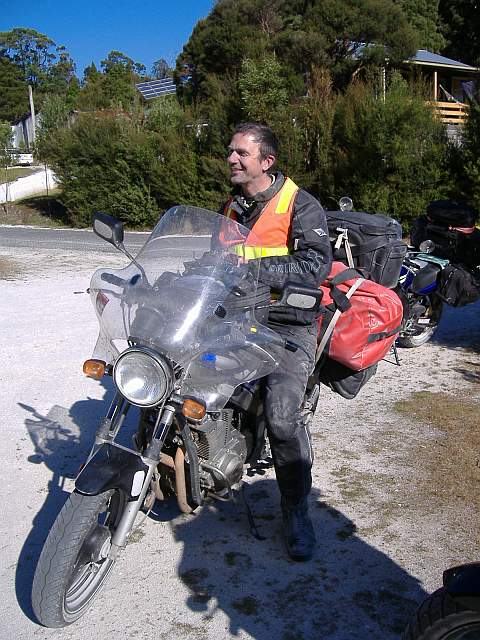 I really liked the GS500, a simple and robust bike, nice sound too.  It turned out just a tiny little bit too small for my lower back.  Bummer!  So in early 2006 I got a Suzuki WeeStrom DL650.  Red, just like Dan's and Justin's.  We called ourself the "3 Tasmanian Lemmings" ... looking the same, behaving the same, not quite sure which cliff we were heading for though. 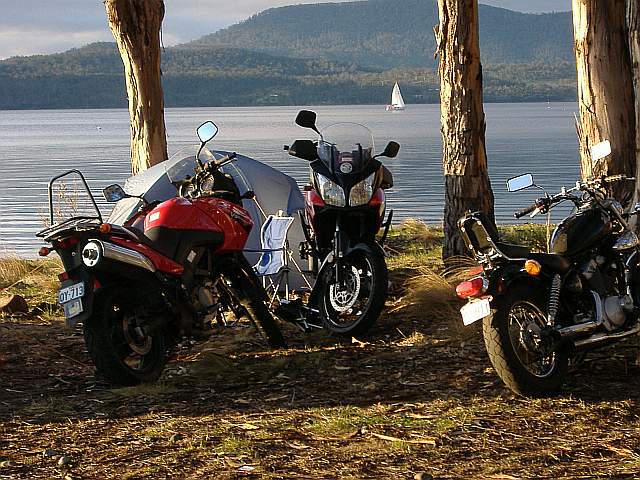 Me on my DL650, Susanne's GS500 'Bluey' next to me.
Somewhere on that big island north from here called 'Australia' during our 5 week camping tour Sep-Oct 2006. 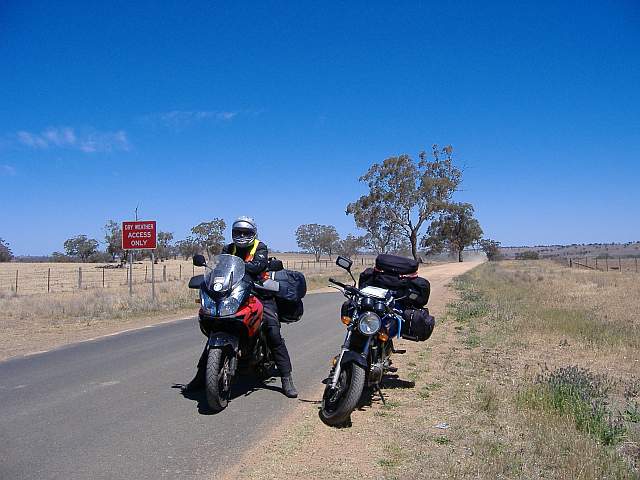 Why 'Tweety'? ... 'tis yellow, and you can hardly hear the thing with the stock exhaust.  As one bike review said:  perfect bike for bringing your girl friend home late at night, parents wouldn't be able to hear it.  (That must have been a long time ago, times have changed, haven't they   ;-)   ). 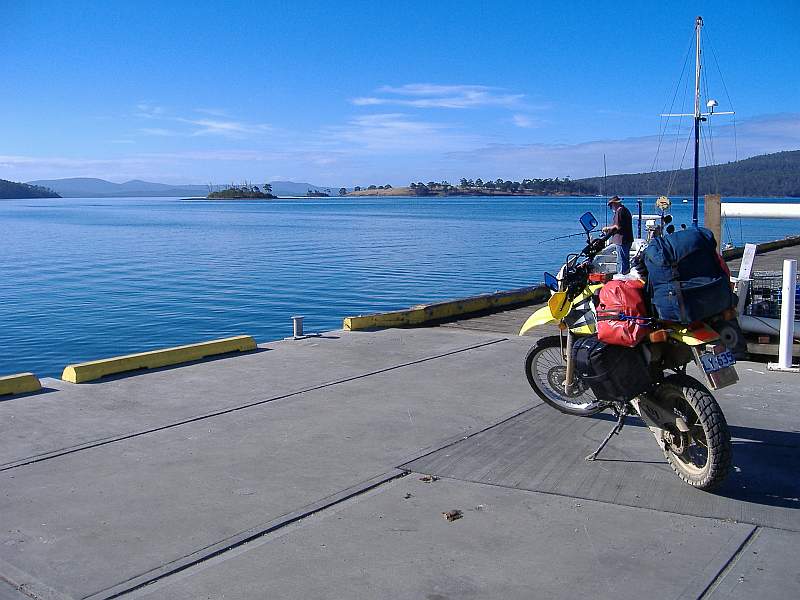 Tweety on an ADVrider trip to Woods Lake August 2007. 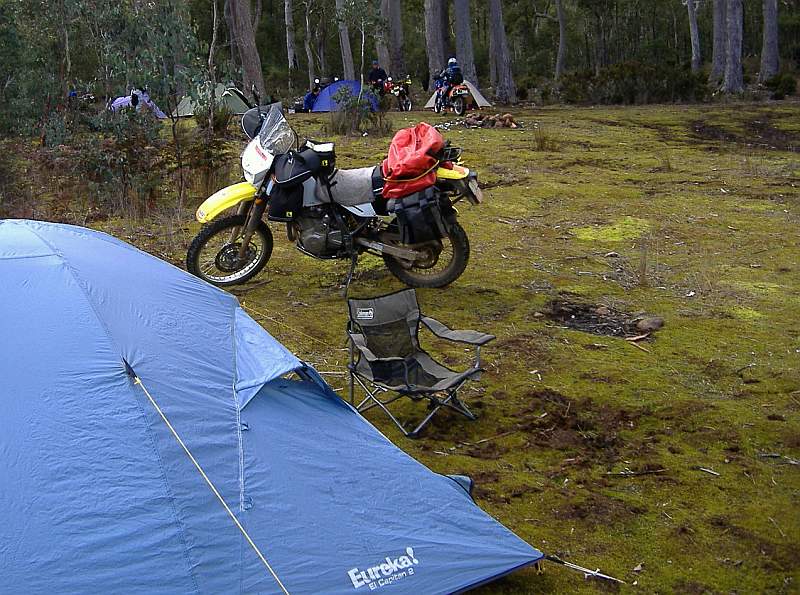 Mr Tweety, suitably attired.  Colour-matched even. (Thanks for the pic Fuddy) 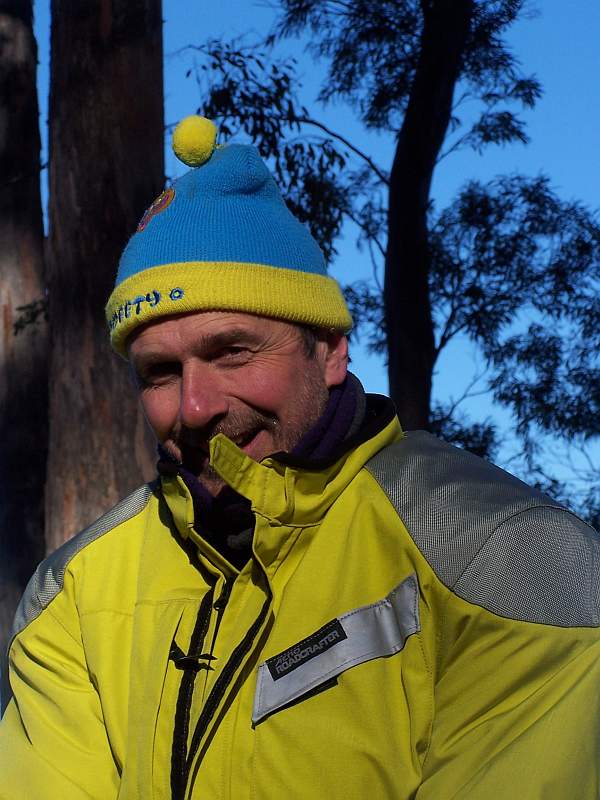 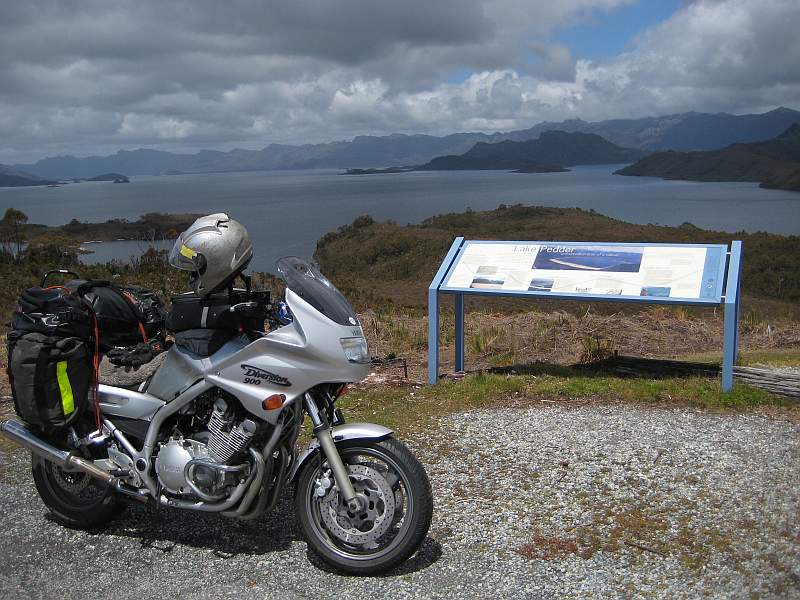